That’s how much one of our relatives missed out on when he used to keep his savings at a bank account that offered a sad, sad interest rate.

Once he made the switch to a better savings account, he seriously made $140 more. EVERY. SINGLE. MONTH. On the same amount of money!

We want you to make more and keep more when it comes to your bank accounts, which is why we want to teach you how to choose a good bank account.

Quick Links to Info on Page 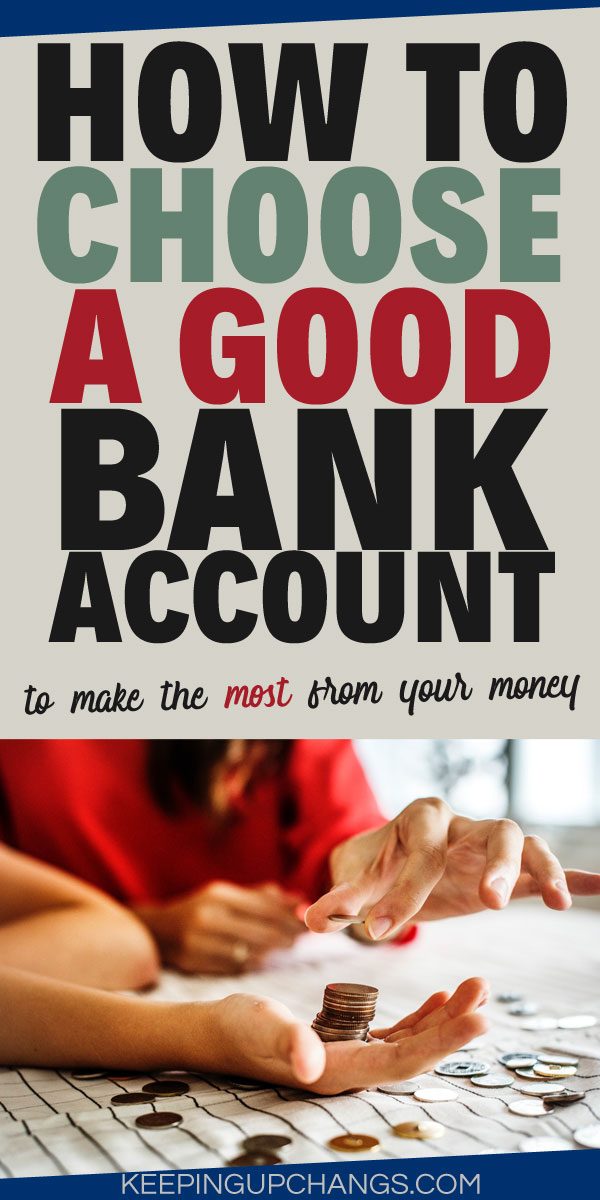 What is the difference between a checking vs savings account?

A savings account is where you put the money you want to save (mindblowing, we know).

But seriously, that basically means you don’t plan to touch the money unless you have an unexpected expense, or you’re building it up to pay for something pricey, like a vacation or even a down payment on a house.

A checking account, on the other hand, is the account you’ll use to carry out almost all of your day-to-day financial transactions. Typically, this is where you’ll deposit money you get and grab money to pay your bills or otherwise spend from.

What you want to look for will differ slightly, depending on whether you’re looking for a checking or savings account, but there are two non-negotiable factors that we want to cover first that apply to both types of accounts.

Any legit bank will be FDIC-insured, which means the government provides you with free insurance in case your bank goes under.

You’re covered for up to $250,000 per person per bank, roughly. There are cases where you could qualify for more coverage, but for now let’s keep it simple and say that.

The coverage is free and automatic as in you don’t even need to apply for it…but only your bank is part of the FDIC program.

You can easily check if a bank is FDIC-insured by using the BankFind feature at FDIC.gov.

If a bank isn’t listed, it might be a brokerage or investment company that isn’t technically a bank and thus doesn’t qualify to offer the insurance, or it could just be a straight-up questionable institution. Either way, we like knowing our money is protected so this is not something we’re willing to budge on.

Must not charge any monthly fees

There’s no bigger waste of money than paying monthly maintenance or service fees to your bank. Come on, banks, seriously? You already make so much money off of us, and you’re gonna charge us yet another fee for absolutely no reason at all? Not cool.

There are tons of banks that won’t try to nickel and dime you by charging you a maintenance fee, so don’t waste your money helping a big, rich bank get richer at your expense. 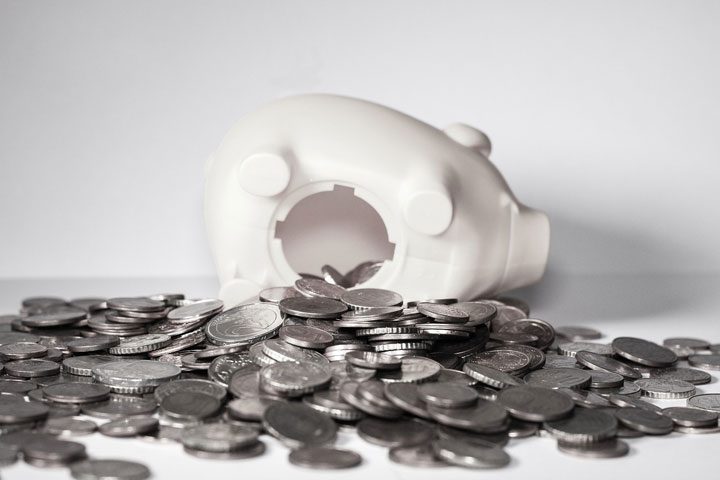 In addition to the two deal-breaker considerations above, you want to look at the following major factors when deciding on what’s the best savings account for you:

Since your savings money is basically parked at the bank for long stretches of time, you might as well pocket as much money as you can in interest. When it comes to choosing a savings account, your main priority will be to pick a savings account that pays the most interest you can get.

There can be a huge difference between how much you earn from the lowest-paying banks, which are most of them, and banks that offer way better rates (remember how our relative went from $8 a month to $150 a month!). The interest you earn on your savings is probably some of the easiest money you’ll ever make, so you might as well go with the highest bidders.

Even though maxing out your interest rate is your #1 goal, there are a couple of other factors that’ll affect whether or not a particular savings account is right for you. One of them is the account’s transaction limitations.

Thanks to the Feds, who want to encourage people to save, most high-paying accounts limit you to 6 electronic withdrawals per month. Some banks might even impose a daily or monthly dollar limit too.

Remember, you’re not supposed to be touching your savings on the regular anyway, so it’s usually not a big deal. But, always read the terms to make sure you know what those limitations are and think about whether that’s gonna work for you or not.

Responsibly using credit cards is one way to get around the withdrawal limit.

Charging your emergency expenses gives you until the next billing cycle to actually pay the bill, by which time your withdrawal limits will have reset. Of course, only use this method if you are sure you can handle the bill when it rolls around next month.

We always assumed everyone loved Hawaii, but apparently not because we’ve had many a bank application get rejected simply because we’re in Hawaii.

Banks and credit unions especially can limit who they do and don’t want to do business with, and you might be excluded because you don’t fit their target market. So fair warning: if you see an amazing interest rate or bank offer, don’t get your hopes up until you’ve actually been approved for the account.

Some banks require you to do certain things before you’ll earn the high interest rate. These requirements can include things like:

Always double check the terms and make sure you can fulfill them because you don’t want to make the effort to switch only to not earn more interest.

Set a reminder on your phone or calendar to check in at least 10 days before the end of your bank’s statement cycle to double check if you’ve fulfilled all the requirements.

That way, you have time to complete the requirements in case you are short by a transaction or two.

Who is the best bank to open a savings account with?

We love making #easymoney so by extension, we’re totally #TeamCITBank! We’ve used CIT Bank for years and have earned way more interest than with our old banks.

Some people squawk at their minimum requirements, but we think there’s a much better way to look at it. It gets you into the habit of saving at least $100 each month, and gives you an excellent benchmark to strive for in terms of having a solid emergency fund.

If you can’t commit to those minimum requirements to earn the highest interest rate they offer, consider going with Discover Bank’s Online Savings account, which pairs nicely with their checking account that we review below. It doesn’t pay as much as CIT Bank, but it’s still a respectable rate.

There is one particular thing about CIT Bank that we think sets them apart, which has to do with the way they handle their security. The big rage nowadays is two factor authentication, that kind of annoying but kind of important thing where the bank calls or texts you with a code to enter into your computer or mobile device before it lets you into your account.

My issue is, if a hacker can guess the code, they can still get in and get your money, right?

What CIT does instead is that they’ll give you a code, then call your phone number on file and require you to enter the code into your phone device. To me, that’s a much better way to verify that it’s really you initiating the transaction because anyone can go to a website and pretend to be you, but it’s way less likely that someone will have their hands on your phone. 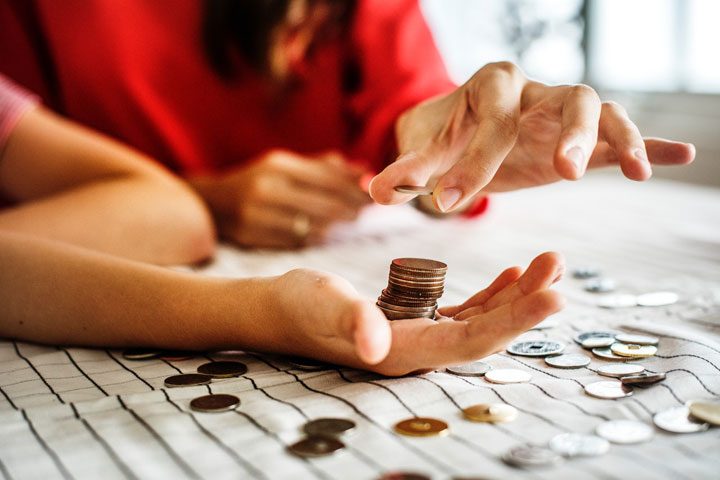 How do I research the best interest rates for savings accounts?

If you want to go the extra mile and double check for latest bank rates yourself, in theory, you could try to look online for the best rates out there. Keep in mind, though, that the lists you’ll find aren’t necessarily updated every single day and you don’t get any info about the bank beyond what they write on their site.

Our two favorite groups are ChooseFI and Women’s Personal Finance (Women on FIRE). Search the past posts for discussions on savings account rates or put up a new post asking for up-to-date rates and other feedback.

Should I change banks if my interest rates drop?

Interest rates will change over time–you just have to accept that. Most of the top banks are pretty close in terms of what they pay out, so once you’re playing in the big leagues, you’re probably only missing out on only a small fraction of a percent between your bank and the next.

At good banks, any rate changes usually aren’t drastically, so if you’re already among the top of the pack now, it’s very unlikely that you’ll suddenly drop to the bottom.

How much money that actually translates to depends on how big your savings is, but for most people, honestly, it’s probably not worth the hassle to switch just to earn slightly more.

But remember, the difference between being with the lowest paying banks versus the interest rates on higher end is pretty significant, so making that initial jump is almost always worth it. 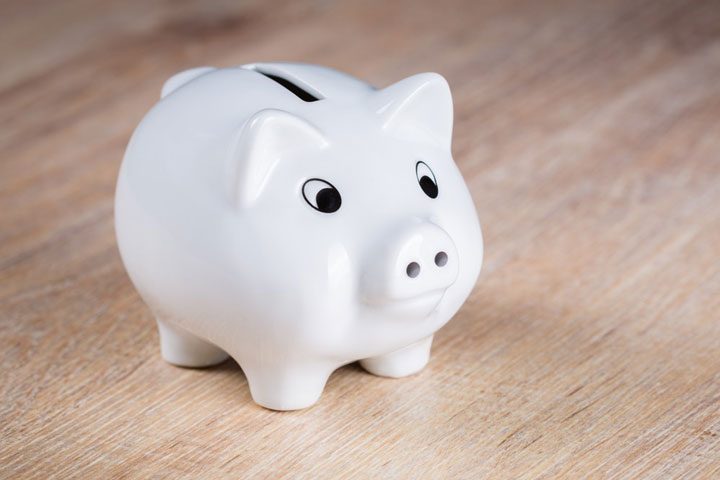 You’ll need to tap into your checking account regularly to cover your bills and enjoy the little things in life, and the last thing you’ll want is to have to jump through hoops to get to your cash, or worse, pay fees to use your own money. That’s why with checking accounts, it’s all about getting free and easy access to your money.

They’re super easy to reach by online message or even by phone when I’ve had questions, and bottom line, they charge me the least to use my own money. Paying fees does not have to be your norm – get a Discover Bank Cashback Debit account and stop wasting money on fees!

Discover Bank is an online bank that doesn’t have any physical branches, which might be a problem for those who need to deposit cash.

Our workaround is to have an account with a local bank that we use strictly for cash deposits, because there’s no rule that says you can only have one checking account & one savings account.

Just remember to choose a bank that’s FDIC-insured and has no monthly fees. 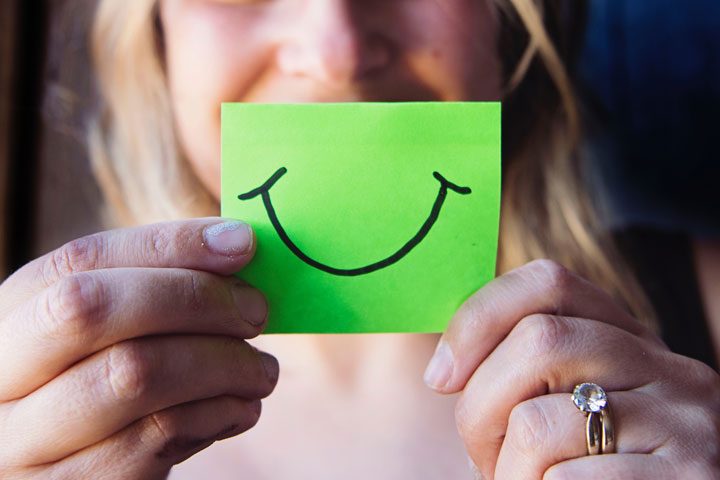 How to Spark Joy with your Finances (Using Konmari Decluttering Methods) 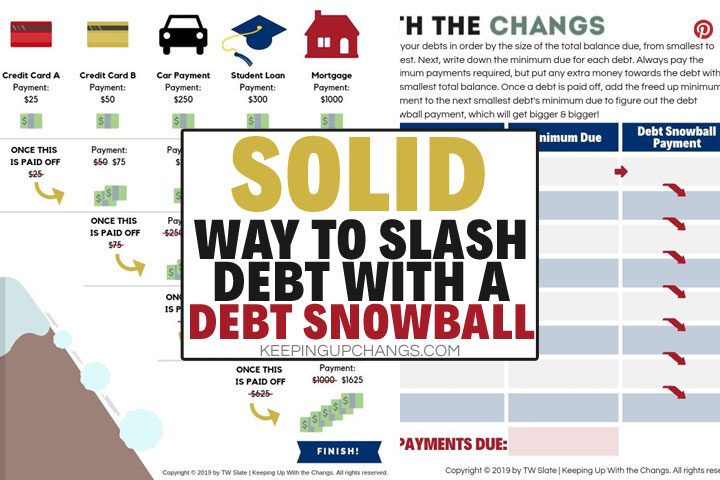 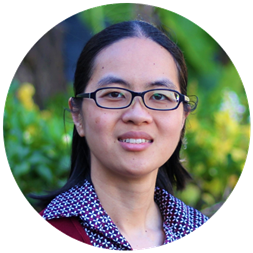 STACY, aka AUNTY CHANG, is a personal finance blogger set on a mission to show people that there's more to money than just the numbers. With two rental properties and a six-figure 401k by her 30's, she's on track to retire early without sacrificing work-life balance to get there. She wants to teach others how to identify their goals and use money to make them happen. Dual income, no kids, based in Hawaii. 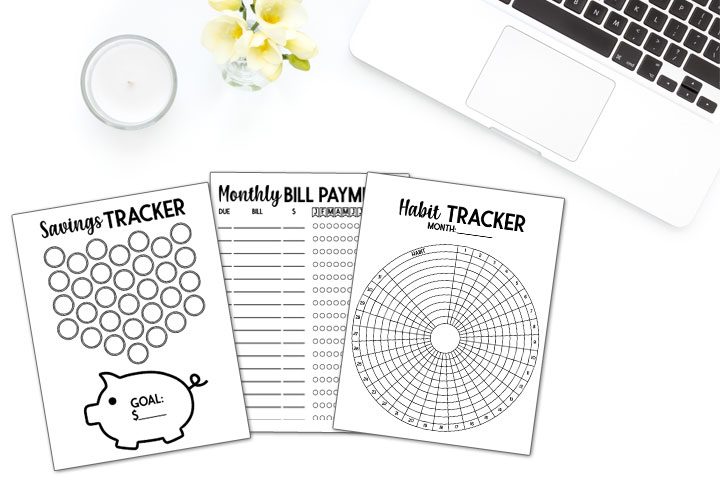 Keeping Up With the Changs